Select the sector you would like to know more about.

idverde UK supplies a wide range of green services, including grounds maintenance, landscape creation and professional services, to both private and public sectors.

idverde provides a wide range of green services, including grounds maintenance, landscape creation, and advice services, to both private and public sectors across the UK.

The Royal Borough of Kensington & Chelsea

The Royal Borough of Kensington & Chelsea 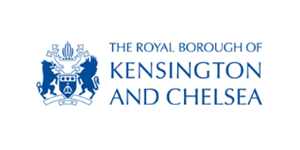 The Royal Borough of Kensington and Chelsea is the smallest borough in London, but, with a population of approximately 180,000 is one of the most densely populated boroughs in the UK.

The borough contains many of the most expensive residential districts in London, with Holland Park and Kensington Gardens acting as the borough’s primary open spaces.

idverde has provided green space management services to The Royal Borough since 2002, and was very proud to be re-awarded the contract in January 2008 for a twelve year term, followed by a further 10-year contract in 2021, which will see the operation reach carbon neutrality in year one.

The Borough has won Gold in the London in Bloom competition on numerous occasions.

In 2013, we were presented with a prestigious Principal Award from the British Association of Landscape Industries (BALI) in recognition of its high standards of maintenance in the Kyoto and Fukushima Garden within Holland Park.

This website uses cookies to improve your experience while you navigate through the website. Out of these, the cookies that are categorized as necessary are stored on your browser as they are essential for the working of basic functionalities of the website. We also use third-party cookies that help us analyze and understand how you use this website. These cookies will be stored in your browser only with your consent. You also have the option to opt-out of these cookies. But opting out of some of these cookies may affect your browsing experience.
Necessary Always Enabled

Performance cookies are used to understand and analyze the key performance indexes of the website which helps in delivering a better user experience for the visitors.

Analytical cookies are used to understand how visitors interact with the website. These cookies help provide information on metrics the number of visitors, bounce rate, traffic source, etc.

Advertisement cookies are used to provide visitors with relevant ads and marketing campaigns. These cookies track visitors across websites and collect information to provide customized ads.

Other uncategorized cookies are those that are being analyzed and have not been classified into a category as yet.